Firoozeh Dumas was born in Iran, and moved to California when she was 7.

When we moved to America in 1972 from Iran, we noticed that right around Dec. 1, everyone started wishing us a Merry Christmas. Merry Kereestmas! we replied. Sometimes, the well-wishers also offered us homemade cookies in the shapes of candy canes, stars and uneven ovals with excessive sprinkles. We ate them all.

Then came the invitations for caroling. Let me confess that aside from “Rudolph the Red-Nosed Reindeer,” I learned no other lyrics except for the “pa-rum-pum-pum-pum” of the “Little Drummer Boy.”

A few years ago, some people started complaining that being wished “Merry Christmas” was insulting. What?!? During the 36 years I have lived in America, it never once occurred to me that a “Merry Christmas” was anything other than an excuse to say something nice in December, to start a conversation perhaps. I never took those two words to mean “come believe in Jesus, you non-practicing Muslim.” Nor did I think that receiving a plate of rum balls was anything more than an act of generosity and kindness. This is why I absolutely abhor so-called political correctness. In fact, “political correctness” has done nothing other than make people nervous and stop conversations that should be taking place. 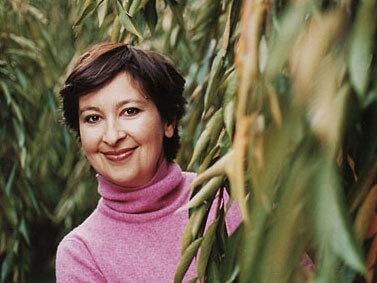 Firoozeh Dumas is the author of “Laughing Without an Accent”.

As I travel this country as an Iranian-American lecturer, I am always approached by at least one audience member after my speech, someone who says with trepidation, “I didn’t want to ask you this in front of everyone else because I didn’t want to insult you …” — and then I am asked a question that is not at all insulting. In fact, in the past seven years that I have traveled this country — from Arkadelphia, Ark.; to Olivet, Mich.; to Hebron, Maine; to Bakersfield, Calif. — I have rarely been asked an insulting question. What makes a question truly insulting? Tone and purpose. Most of the questions I have heard are quite innocent, asked by people who are aware of political correctness. In other words, those who don’t need it.

So this is what I suggest: Let’s get rid of political correctness altogether and replace it with civil conversations and bridge-building. After all, we all have questions about other cultures and religions — so let’s talk. Better that you ask me, an actual Iranian, than some blog where the author’s main qualification is having seen the movie 300, 300 times. Go ahead and ask me whatever you want, and let me do the same. Oh yeah, and don’t forget the rum balls. I’ll bring the baklava.